Voice over Internet Protocol (also voice over IP, VoIP or IP telephony) is a methodology and group of technologies for the delivery of voice communications and multimedia sessions over Internet Protocol (IP) networks, such as the Internet. The terms Internet telephony, broadband telephony, and broadband phone service specifically refer to the provisioning of communications services (voice, fax, SMS, voice-messaging) over the public Internet, rather than via the public switched telephone network (PSTN).

A VoIP system works by taking your analogue voice signals, converting them into digital signals, then sending them as data over your broadband line. VoIP - also known as internet telephony, IP telephony, or broadband phone - is a way of making phone calls that, believe it or not, doesn’t use a phone line. 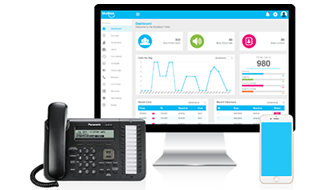 Voip With a phone and a VoIP adapter

Using a special adapter, you can make VoIP calls from a regular old landline phone. These adapters plug into either a phone socket in the wall or into your router.

Voip on a computer

There are dozens of programs that let you make voice calls to anyone who also has it installed, including Skype, Google Talk, and Apple FaceTime. Some, such as Skype, can be used to call regular landline or mobile numbers too. Calling someone else who has the app is free, but calling an actual phone number will usually cost a little.

Voip on a smartphone

What is a Softphone

What is a VoIP PBX system

An IP PBX is a private branch exchange (telephone switching system within an enterprise) that switches calls between VoIP (voice over Internet Protocol or IP) users on local lines while allowing all users to share a certain number of external phone lines.

IP Phones, These specialized phones look just like normal phones with a handset, cradle and buttons. But instead of having the standard RJ-11 phone connectors, IP phones have an RJ-45 Ethernet connector. IP phones connect directly to your router and have all the hardware and software necessary right onboard to handle the IP call. Wi-Fi phones allow subscribing callers to make VoIP calls from any Wi-Fi hot spot.

You wish to order! or have more questions?

WE WORK WITH SOME GREATE COMPANIES